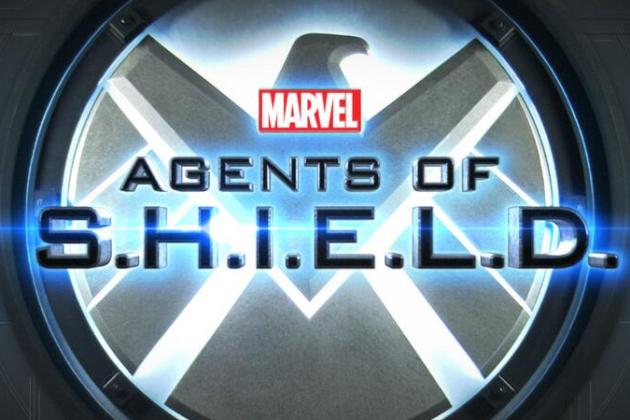 Rating: AWESOME, I loved it

With Bobbi headed back in Coulson’s SHIELD I knew that this episode was going to be great.  I have to say that I love that I was right. Now only did we get flashbacks into the day that SHIELD fell. But we got to see how SHIELD is changing.

The flashback were awesome because not only did we see the fabulous Lucy Lawless’ Isabelle Hartley again, we see how BA she, Mack and Bobbi are.  I loved the flashbacks.  I really liked how they were scattered throughout the episode.  The whole two stories in one is always fun for me. To see how they formed their SHIELD was good, but it doesn’t matter to me the reasons behind their SHIELD.

I want to say that I believe Jemma Simmons is broken.  I think things with her has been since she was dumped off the plane by Ward.  So I do believe that she truly only wants to help Skye, but for her the answer is science, and returning her to her human self.  But because Fitz has been broken in his own way, he sees what Simmons is doing to Skye as bad.  I think the difference in Fitz and Simmons and why they are on two different sides when it comes to Skye.  But they both love her and I know that Skye sees that.

Now seeing May and Bobbi fight was awesome.  They are both ladies who are great at fighting.  They both 100% believe if what they are doing. I really hate that Bobbi used a dirty trick to get the upper hand.  But I believe with my whole heart that she really had no intent to May or anyone else working with Coulson.

Now that Bobbi has told May that there are two SHIELD I’m curious to see how  this will play out in future episodes.

When Jemma came across Bobbi, I was worried about the outcome.  But I was so glad of the outcome that was favorable.  That Jemma was able to use science to hold Bobbi so that May and Coulson could find out more information.

So when Mack and Fitz crossed paths, I just knew that we couldn’t have two good outcomes back to back.  But when Mack saved him from the explosion, by jumping on him and getting away from the blast.  I was happy.  I knew that Mack cared, but this isnt’ the first time that Fitz has trusted someone and been betrayed.

Which is basically what happened after the blast happened.  Gonzales’ SHIELD took over Coulson’s base.  This left me angry.  What made me more upset was the fact that he’s looking for Skye.

I loved that Fitz and Simmons had the moment where she reached for his hand.  No matter how strained that relationship, they still deeply care for each other.

What confuses me is why Robert Gonzales is so bothered by the fact that Fury brought him back from the dead.  That for some reason he’s dangerous because of this fact.  Yes, Coulson had the funny language that led him to the city, but that seems to be gone since they have found the city.

I hate to admit it, Gonzales seems to have a very good point.  But I’m a loyal fan to Coulson.  So, while he makes a good point, he’s still wrong.

May entering the way she did, saving Coulson and getting him out was perfect.  Fury chose Phil Coulson.  No matter the reason, he did that.  No matter how Fury ran SHIELD, it’s Coulson’s now.  This SHIELD and Gonzales will just have to get on board with that program.

But now to Skye.  I hate that she’s all alone in that cabin.  I understand why, but if that were me, I’d be so lonely.  Watching her put the gloves on was sad, I want her to embrace her new path, not hide from it.  Meeting Gordon was interesting.  It was nice to see her talking about her gift.  I like that Gordon has given her a new viewpoint on her powers.  Sadly, SHIELD did not do that.  I like that he’s offering her a new way.  But I also hate that, because it means leaving SHIELD behind.  Watching her choose to take the gloves off and then finding joy and goodness in what she can do was so heartwarming.

When I first started watching SHIELD, she was the baby, the one I loved the most.  Orphan, no home, criminal background.  I wanted to see her thrive and survive.  Seeing her have that moment was so good.

When May got the call through to her I was so happy.  To think she was being hunted by the very organization that she calls family; is just wrong.   So when she called for Gordon and left, I was heartbroken, but I understood it.  She has been betrayed.  She’s scared of what she’s become and she wants answers. It makes sense.

Finally, that little ending where Hunter met up with Coulson was perfect. I can’t wait to see what will happen tonight on the all new episode.  I’m excited to see how Coulson recovers this mess.  How Skye learns to be Quake and how things will progress.

One thought on “Agents of SHIELD”