Episode Title: Souls of the Departed

In preparation for the second half of the season. Here’s a round up of all the news we have.

So for starters we have new cast members.  So for the first bit of info comes from EW:

Ally McBeal alum Greg Germann will indeed be playing Hades, the devilish dictator of the Underworld.

“We’re going to be meeting the Once Upon a Time version of Hades in the second half of the season,” executive producer Adam Horowitz tells EW. “While he is both inspired by a myth and by the Disney movie version, as we like to do, we’re trying to create our own Once Upon a Time spin. We can’t wait for everyone to see what [Germann] does with the character.”

Germann is slated to make his debut “right away” in the midseason premiere, which also marks the ABC fairy tale drama’s landmark 100th episode, in which Emma, her friends and family try to rescue Hook (Colin O’Donoghue) from the Underworld. “He absolutely has a surprising connection to one of our cast,” executive producer Edward Kitsis says, though Horowitz is quick to add: “Before everyone runs to Twitter to give their opinions on it, he’s not related to anyone, but there is a connection.” 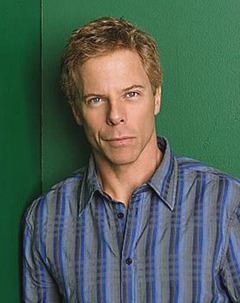 Next we know that Dorthy is coming back.  TV Line has reported that she’ll be played by Chicago Fire alum Teri Reeves.

TVLine has learned exclusively that Reeves has landed the recurring role of Kansas native Dorothy Gale, who since the last time we saw her (in Season 3) has grown up to be a “brave warrior for good.”

Having returned home to the Heartland at the end of Season 3’s Zelena-centric “Kansas” episode (then played by Matreya Scarrwener), Dorothy returns to Oz to save the city from the most wicked of witches. But to do so, she will have to forge new friendships, unlocking a strength she’s never had before.

ABC’s Once Upon a Time resumes Season 5 on March 6 with Episode 12; Reeves debuts in Episode 16. 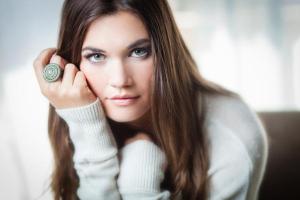 Then there is this an awesome interview from the executive producers at EW.    What I love is this particular question:

Will we get to see badass Emma (Jennifer Morrison) of season 1 again?
KITSIS: Absolutely.
HOROWITZ: Emma is absolutely badass.
KITSIS: I’ve got to be honest. I feel like Emma’s been pretty much badass for five seasons. I don’t know what season she wasn’t badass. She killedCruella [Victoria Smurfit]!
HOROWITZ: She’s a tough woman.

I think that the season b will be just as crazy and exciting as all the other ones.