Here are some synopsis clips for some upcoming ABC shows. 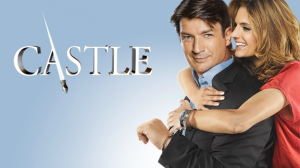 Castle – Episode 8.11 – Dead Red
The son of a Russian diplomat is murdered; during the investigation, Castle entertains a jovial Russian security guard, who turns out to be more involved in the case than expected.

Another cool piece of info for Castle is in this embedded tweet! Pretty niffty title.

Hey so this is happening #Castle fans! pic.twitter.com/MfAoVu2x1u

Grey’s Anatomy – Episode 12.10 – All I Want Is You
As everyone deals with Meredith’s trauma, Maggie and Callie perform a risky, experimental surgery on a teenager; Nathan and Owen remain at odds; Maggie and Andrew’s relationship progresses.

How to Get Away With Murder – Episode 2.11 – She Hates Us
Tensions run high as each student tries to return to normalcy; flashbacks reveal new details about Annalise’s past.

How To Get Away with Murder, Grey’s Anatomy and Castle airs on ABC.