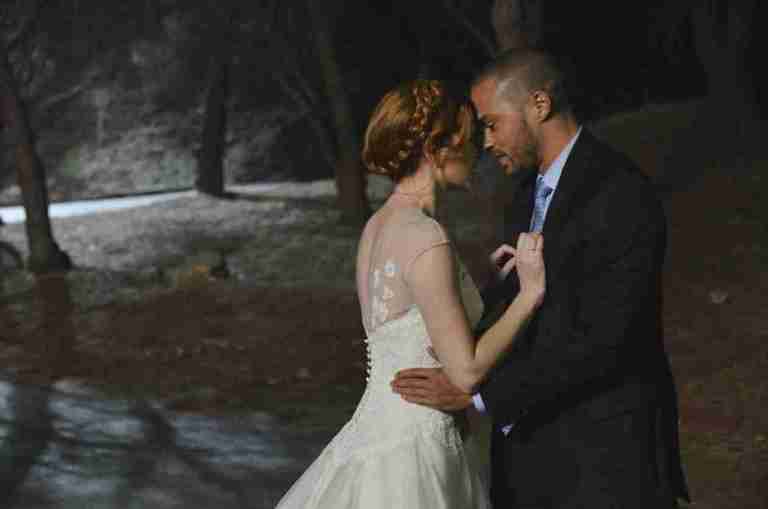 “Unbreak My Heart” – The evolution of April and Jackson’s relationship is revealed through a series of flashbacks dating back to when they first met. Simultaneously, we follow the years-long progress of one of Jackson’s patients, on “Grey’s Anatomy,” THURSDAY, FEBRUARY 25 (8:00-9:00 p.m. EST) on the ABC Television Network.

“Unbreak My Heart” was written by Elisabeth J.B. Klaviter and directed by Rob Corn.

Grey’s Anatomy will reveal the status of Jackson and April’s relationship in an upcoming episode — and EW can now exclusively reveal the details behind the very special hour.

In the Feb. 25 outing, titled “Unbreak My Heart,” the evolution of April (Sarah Drew) and Jackson’s (Jesse Williams) relationship is revealed through a series of flashbacks that date back to when they first met.

Fans of Grey’s will remember that the duo hailed from Mercy West, which eventually merged with the hospital formerly known as Seattle Grace. Robert Baker is even slated to reprise his role in the episode as the late Dr. Charles Percy, who also came over from Mercy West before dying during the hospital shooting.

Also, throughout the episode, we follow the years-long process of one of Jackson’s patients, played by guest-star Maya Stojan (Agents of S.H.I.E.L.D., Castle). Debbie Allen also reprises her role as Jackson’s mother, Catherine Avery.