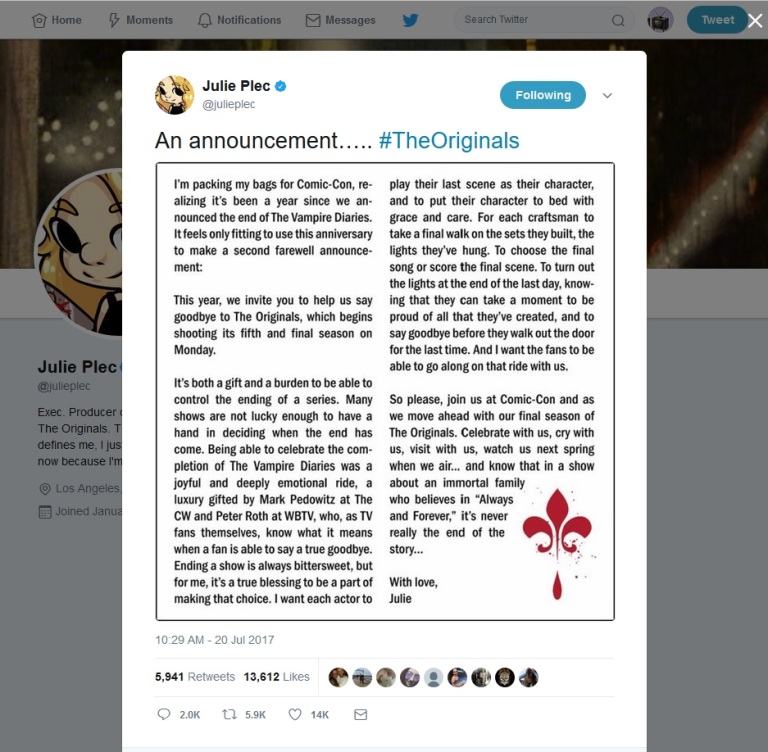 While I know my heart is breaking, along with hundreds of fans.  It’s nice to know that

In some good news though, it’s been revealed that in episode 5×1 Candice King will appear.  There are no details on to what her appearance will hold.  But I for one am very excited to see Caroline Forbes-Salvatore again.

Klaus Mikaelson and Caroline Forbes-Salvatore may be crossing paths sooner than either of them expected.

Candice King will reprise her Vampire Diaries role on The Originals‘ fifth season premiere, TVLine has learned exclusively. Unfortunately, no further details about King’s appearance, slated to air sometime in 2018, are available.

Another piece of casting news that has recently been announced is the casting of Hope. 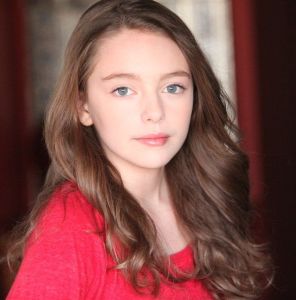 The Originals’ fourth season kicked off with a five-year time jump, which introduced viewers to a 7-year-old Hope Mikaelson, played by Summer Fontana. And in the show’s fifth season, there will once again be a time jump and, along with it, a new Hope.

EW can exclusively reveal that 17-year-old Danielle Rose Russell (Wonder) will play a teenage Hope, joining the cast as a series regular for the fifth season. But could there be more to Hope’s future?

The Originals airs Fridays on The CW at 8|7 C